Sufism-based character formation needs to be appreciated because it contributes significantly to the scientific arena. Character needs to be formed from within, namely by practicing Sufism and being assisted by a murshid teacher. Sufism emphasizes action, actualization and practical rather than merely theoretical. This research uses library research by analyzing data and information such as books and reputable journals. The results of this study are (1) the characters need to be familiarized with the Sufi practices of the sufi order (morals) such as: dhikr, fasting and self-control. (2) the character of students will be formed with the model of teacher exemplary (3) strengthen the personality of the teacher so that students imitate. 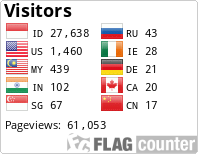